A Week In Rhodes 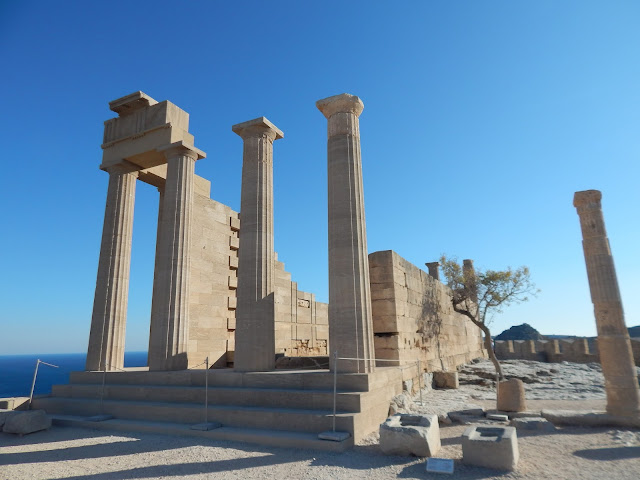 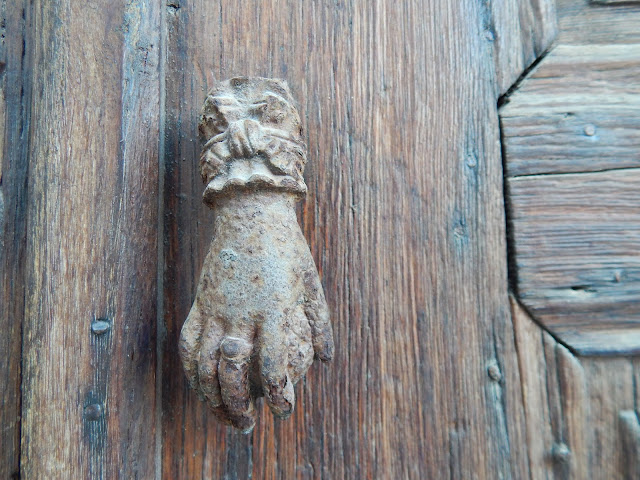 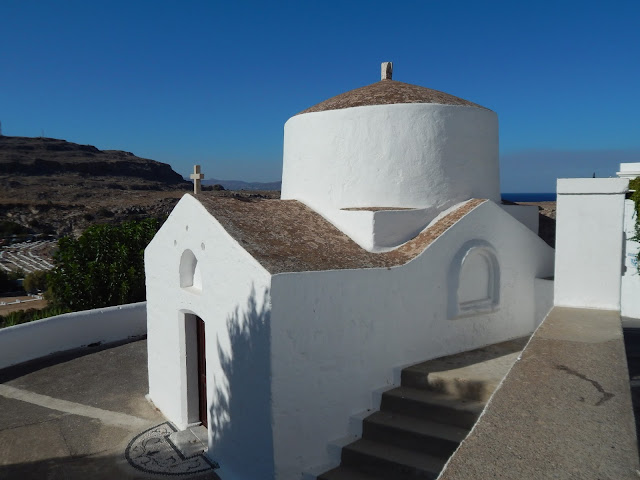 In September Thomas and I went to Rhodes for a week and between this trip and last year's visit to Crete, I think we're finally converts to the "lazy holiday in the sun" club. We had a wonderful time sitting by the pool reading, taking in some of the island's historic sites and, most of all, eating lots of delicious Greek food.

We were staying in the village of Kalathos, on the east coast just north of Lindos. I'd heard lots of great things about Lindos and so it was an obvious choice for our first outing (after a couple of days of lying on sunbeds doing very little, that is). And it was extremely charming: a picture-perfect Greek village, with stunning views along the coast from the cliff-top Acropolis. 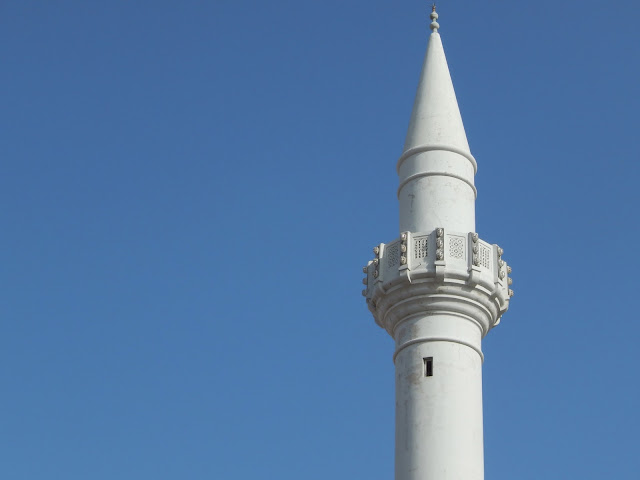 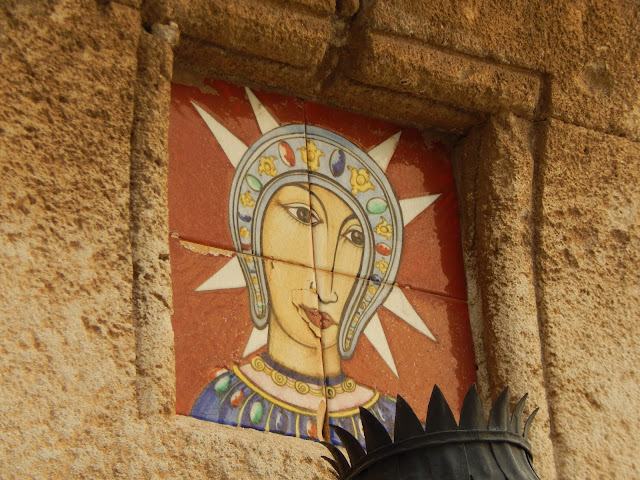 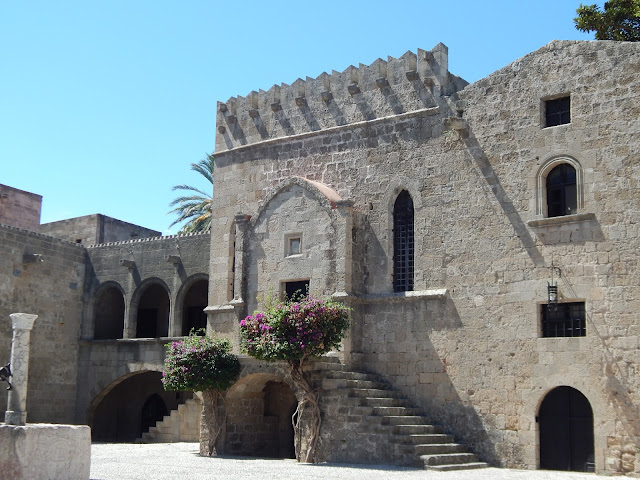 Overall, though, I much preferred our visits to Rhodes Town, and especially having a chance to explore the fascinating medieval streets of the Old Town. Sitting within the modern town but entirely separated from it by fortified walls, the old town was constructed by the Knights Templar in the 14th century and boasts a magnificent mixture of ancient, Byzantine, Ottoman and Italian architectural influences.

As well as wandering the labyrinthine streets, peering down alleyways and admiring the many street cats, we visited the Archeological Museum for some Proper Culture. It's well worth a visit, as much for that incredible building and gardens in which it's set. 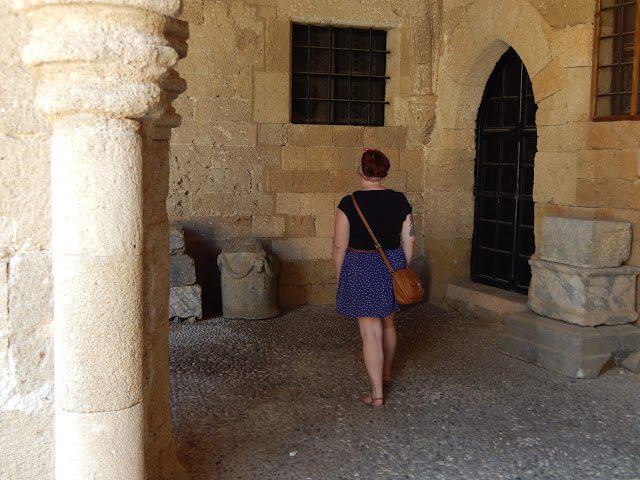 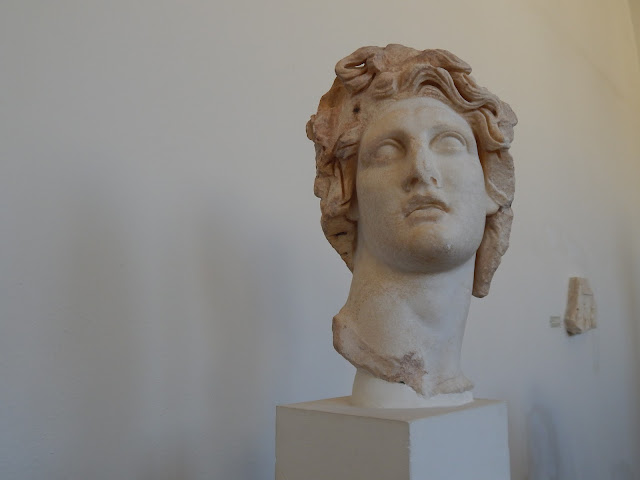 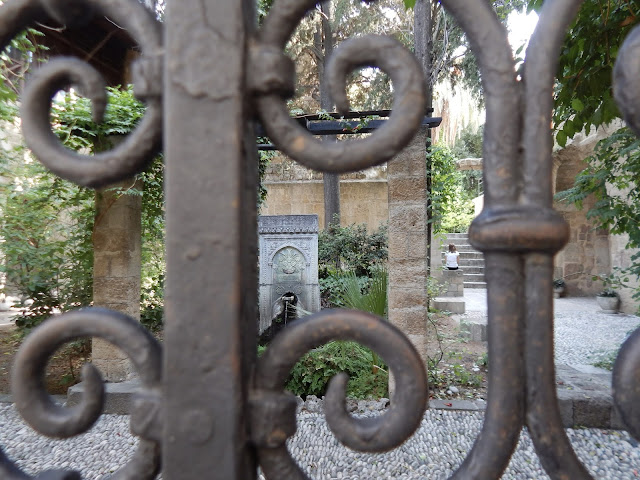 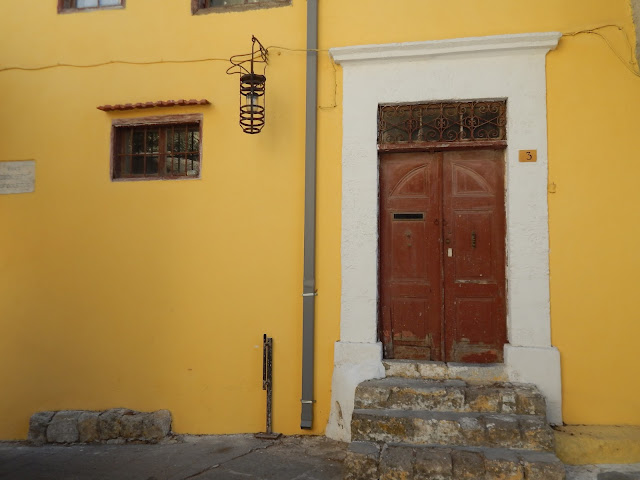 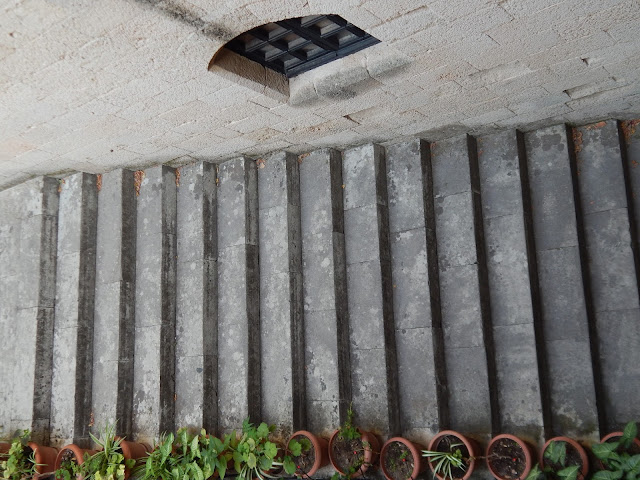 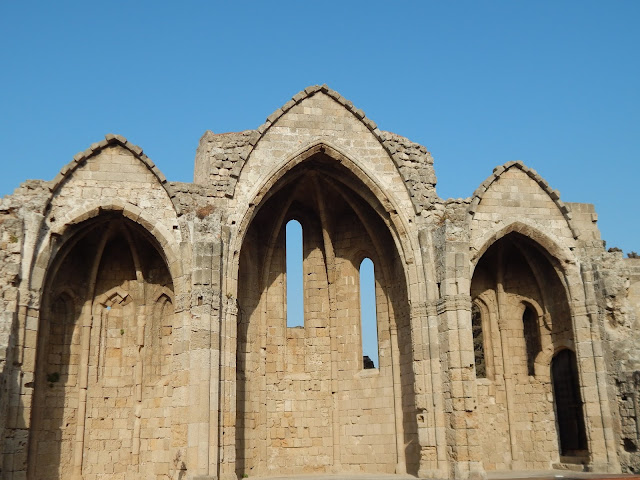 It's a testament to how great the food is at To Marouli that we ate there on both of our visits to Rhodes Town. And we also enjoyed stumbling upon Todo Bien, a Cuban-themed bar just around the corner, whose boast of serving 'the best mojitos in Rhodes' obviously had to be thoroughly tested.

We were also lucky to find a number of excellent restaurants serving vegan food near our hotel in Kalathos (our favourites were probably Konstantin and the seafood restaurant Mythos) and generally found Rhodes far superior to Crete when it came to vegan options. 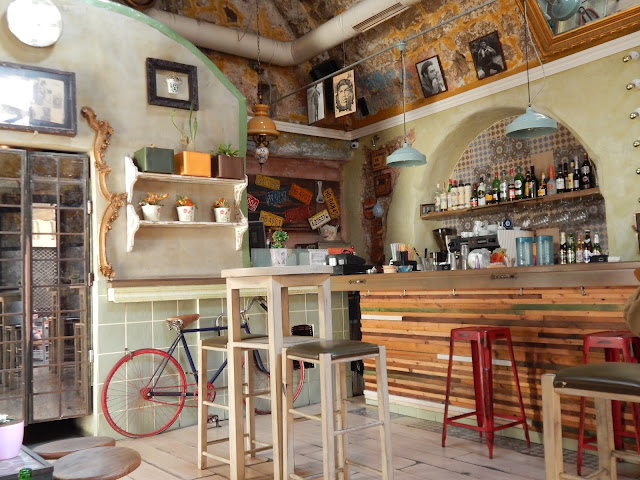 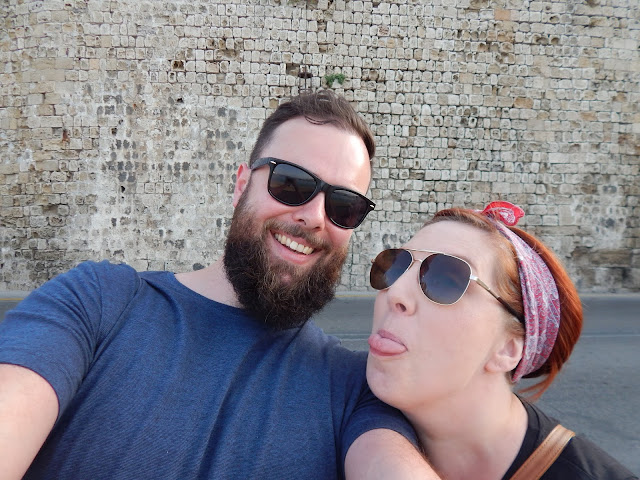 But the absolute highlight of our trip was undoubtedly the cats. Our apartment block had a huge gang of semi-feral cats - we counted thirteen in total - who included some of the friendliest and sweetest holiday cats I've ever encountered. Although most of the older cats were happier left alone, Thomas and I spent many a happy hour with the younger cats and kittens who enjoyed clambering all over us and our sun loungers, peeking up from under our books to demand attention, begging for treats, and snoozing in the shade.

We stayed in Daniel Apartments in Kalathos and can thoroughly recommend both the apartments and the island itself. Good vegan food, excellent local wine, friendly cats, and breathtaking historical sites combined to make Rhodes a very special place to be. If you happen to visit, do say hello to the kittens for me. 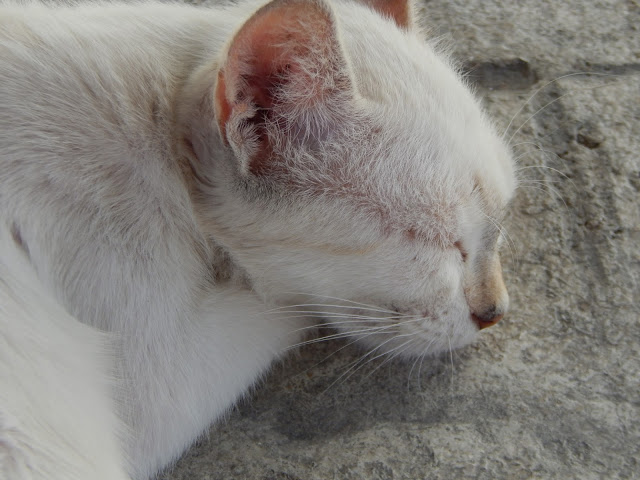 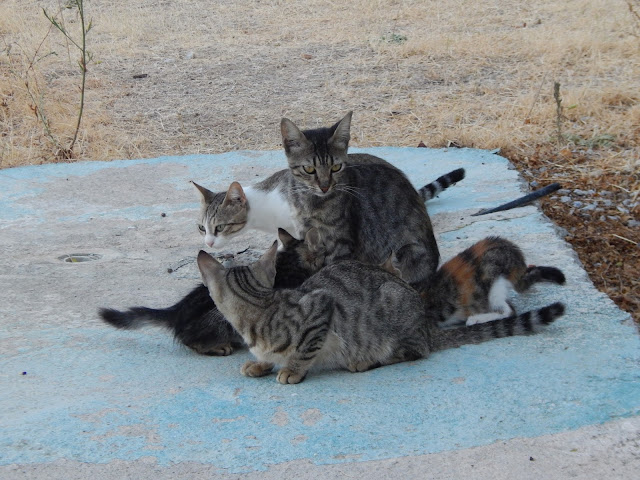 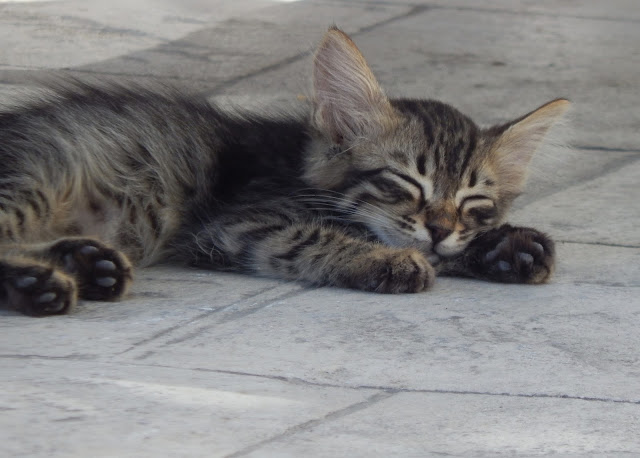 Posted by jbistheinitial at 17:53 7 comments: Links to this post 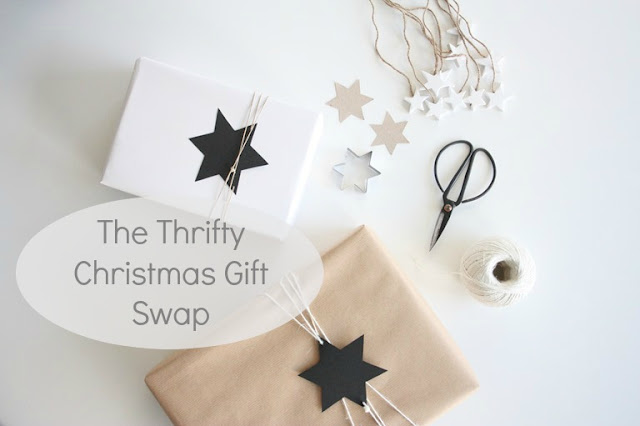 I can't believe it's already time to talk about the gift swap: I swear it was March just a few days ago. But autumn is definitely here - I'm looking out of my window at yellowing leaves and grey skies - and so that means it's time to start planning for Christmas.

This will be the sixth year of the thrifty Christmas gift swap, and it's always so much fun to have participants making, buying and thrifting cool gifts for each other. Unlike a lot of other swaps, you do not need to be a blogger to take part: last year was about a 50/50 split between bloggers and non-bloggers. And don't panic if you're not a natural crafter, it's also totally ok to decide to buy all your gifts.

So, if you're interested, take a look at the guidelines below and then drop me an email to sign up.

How It Works
1. Send your name, address, blog address (if you have one), social media links and any extra information to jbistheinitial@gmail.com by November 1st. Include in your email as much detail about your likes and dislikes as possible. You could also include links to Amazon or Etsy wishlists, to give your buyer an idea of your tastes.
2. Once you receive the information about your recipient you can start putting together a box of bought, thrifted and handmade goodies you think your recipient will love.  In previous years gifts have ranged from framed animation strips from the giftees favourite film, to Christmas mix CDs, to cool brooches and embroidery hoops, to secondhand books.
3. Try to limit yourself to a £12 spend (not including postage).
4. Pop your parcel in the post by December 10th (although try and be a bit more prompt if sending overseas).
5. Sit back and wait to receive your own box of delights from a mystery giver!
Posted by jbistheinitial at 09:03 2 comments: Links to this post 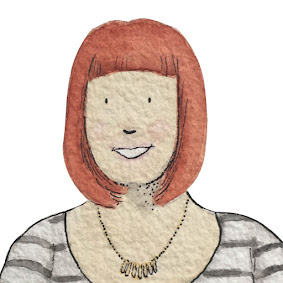